Missing Kylie: A Father’s Search for Meaning in Tragedy 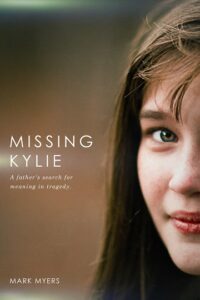 When Kylie was diagnosed with cancer in April of 2014, her father believed that she would be completely healed and become a living testimony to God’s faithfulness and goodness. That is not the story that God wrote. A writer and blogger, Mark began posting about his struggles of heart and faith with a unique ability to mix humor and heartache. His genuine and often raw style seemed to resonate with many hurting people and his words were shared on many platforms.

Upon Kylie’s death in February 2015, he began a journey to find purpose among the ruins heaped on him, his family, and his faith – documenting both progress and setbacks. This book is a compilation of blog posts and journal entries that allows you to walk alongside him for this season. It will bring both smiles and tears. You will feel his hope and faith while he faces the struggle, endures the pain of devastating loss, then embarks on a desperate search for meaning, while always: Missing Kylie.

AUTHOR(S):
Mark Myers
ABOUT THE AUTHOR(S):

Mark joined CURE in 2016 after the loss of his youngest daughter, Kylie, to Ewing sarcoma. Mark’s career was in sales until his family entered the world of childhood cancer in 2014. He is the author of five books, the most important being Missing Kylie: A Father’s Search for Meaning in Tragedy. Kylie’s final instruction for him was to find a cure so other children don’t have to suffer as she did.