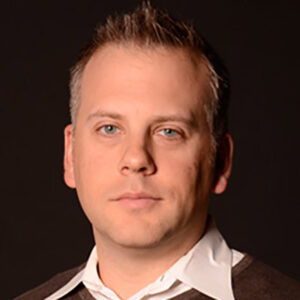 Lately, I have wondered whether or not the childhood cancer community is on the right track overall. By this, I mean, is the direction of the community in terms of raising money, awareness and the manner of funding research the best approach as a whole? I honestly do not know. I raise the question to suggest simply that it may not be and thus, a hard conversation and internal focus might be necessary. Despite the false and misleading suggestion that is presented by the message that 80 to 85 percent of all children diagnosed with cancer are cured, the ball is not moving very far towards the proverbial goal line. Regardless of the overall lack of urgency and federal funding from the National Cancer Institute, there is a large amount of private money being raised for various research efforts. Despite the promising looking statistics, if you removed ALL, or acute lymphoblastic leukemia from the statistical survival rates, the nature of the efficacy of childhood cancer treatment would change dramatically. There are no statistics on what these numbers may be, but I suggest that the overall childhood cancer survival rates would be more than halved. And that brings me to my question, are we working as smartly as we can be?

I frankly think the answer is in the negative. Ultimately, this blog post may not sit well with some in the childhood cancer community. I am accepting of that and willing to have the difficult conversations that may ensue. I come to this conclusion after being in the childhood cancer community since 2008, the year my amazing daughter Alexis was diagnosed, and spending much of my current time advocating for childhood cancer issues. I begin with the issue of current childhood cancer research. Far too often, money is simply provided for single silo research with no account taken of the overall efficacy or direction of the outcome. These efforts, often duplicative in nature, frequently end up with failed or lackluster results. I am not suggesting that this amounts to a waste of money, or that there is never a gain from single institution research; rather, I believe that we must reassess this approach. Many times, I have witnessed as foundations operate as islands onto themselves. Raising millions of dollars, they award grants to the same researcher time and time again with no real results to show for the money. They utilize large sums of money without offering transparency in the process. I assume there is nothing to hide ultimately. I have simply reached a point where I am witnessing far too many children die of childhood cancer without seeing more of a sense of urgency or a demand for more definitive results. And that for me is why I have arrived at these conclusions.

I believe that insistence must be placed upon investing in research that has multiple controls in the form of collaborative checks and balances. Through the use of collaborative efforts, we gain several institutional perspectives as well as the potential for researchers to share differing opinions that lead to better results. In the DIPG community, multiple foundations came together to form the DIPG Collaborative. This group of foundations, many with differing missions, have joined with the goal of combining funds for research to create a greater impact, as well as to force collaboration across institutional, state and international borders. What has resulted is hopefully one of the greatest steps forward in the fight against DIPG, which is an almost universally fatal pediatric brain tumor. This collaborative is able to bring together researchers from all across the world, force them to have conversations about how to create greater urgency in the results and end clinical product, and then move those aims forward. It may not be perfect, but I believe that it is a model for duplication in the childhood cancer world.

I also see a lack of vision. Often times, I believe the forest is lost through the trees. Opportunities are presented that may not be specific for childhood cancer; and the childhood cancer community does not rally around them. Take for example the Kids First Research Act, H.R. 2019. This simple bill would eliminate taxpayer funding of presidential elections and instead provide the money generated by this tax election to a common fund at NIH for pediatric research. Whereas this money is not specifically earmarked for childhood cancer purposes, it is open for the potential that some may ultimately be devoted in that direction. Unfortunately, many of the organizations that support legislative initiatives in the childhood cancer world are not supporting this bill because it is not childhood cancer specific. I believe that this insular approach is part of the problem. Instead of trying to align with other communities to increase our breadth and voice, we wear blinders. In the end, if this legislation becomes law, the childhood cancer community may not see any money in terms of research from this common fund. On the other hand, we do not know that and thus, a simple gesture of support may provide benefits down the road. Providing support for this piece of legislation does not create a mutually exclusive barrier for other legislative initiatives specific to childhood cancer.

We must broaden and sharpen our approach and vision. It is not enough to simply raise awareness and money. We must take a step back and assess whether or not the approaches being taken are in fact the most fruitful. Maybe I am wrong. Maybe the current approach is providing the necessary results for our kids with cancer. Maybe I am simply too impatient and want to cure more children now rather than later. It is too late for my daughter of course. There is a possibility that this may be the case and I am just off target in my thoughts. I am simply just a grieving father trying to do the best I can as a childhood cancer lobbyist and advocate. I do know one thing, I think that the conversation is worthwhile though, and anything worthwhile is worth doing right. I think you all know where to find me. Let the conversation begin.