The 4 C’s of the Holiday Season: Chess, Competition, Comaradery, Charity

Can blitz improve your chess? Maybe yes, maybe no.  Can playing blitz could change the world?  Team Berlin thinks so!

Last month, Team Berlin, an adult chess team in Ohio took up a challenge I suggested to play a three-week holiday competition:  whoever improved their chess.com blitz rating the most between December 12 and January 4 would win.  To make things more meaningful, each player picked a charity to play for, with the donation pool staked by the participants going to the winner’s choice of charity. Seven team members–Davis Buenger, Scott Harkema, Zach Kountz, Aaron Berlin, Josh Keegan, Mike Green, and Eric Gittrich–took up the challenge, and together they pledged $375 to the pool.

We played hard, and the competition raged back and forth with five different players holding the lead at various times.

On the final day, Davis (red line on the chart) made up a 30 point deficit to take the lead by two points with just two hours to go. With 15 min left, Aaron (bright green line in the chart) queued into a game to play for the win. At first, things looked bleak for Aaron as his opponent mounted an attack on Aaron’s king.  Aaron hung in the game and in a crucial moment his opponent slipped. Aaron never looked back and cruised to victory.

Upon seeing that Aaron would win, Davis jumped into the queue and found a match up against a Candidate Master. The game started with a Keres attack but soon became chaotic with both kings under fire.   It quickly devolved into a time scramble. When the smoke cleared, the candidate master had flagged and Davis leapfrogged Aaron to win the event.  He donated the 1st-place prize money to the Coalition Against Childhood Cancer, and Aaron donated his 2nd-place prize to the Northeast Coalition for the Homeless.

It’s easy to see how this spirited competition is good for the chosen charities, but if you have read this far you may be a chess buff yourself.  If you are interested in the dramatic final games, you can read more below.

And if you are chess buff and about to look at these final game summaries.  I’d like to encourage you to try something like this in your club or group.  Do it bigger.  Do it better.  Do it differently.  But do it!  This could help grow chess. If you show up to a local charity with a check, I guarantee somebody at that charity plays chess or knows somebody who does.  And now they will know about your club or group.  So as we kick off the new year, I will leave you with this thought:  if chess has been good to you, be good to chess!

If you don’t play chess, you might customize a friendly holiday competition with your friends into something that benefits others.  It will fill you with the joy of the season. 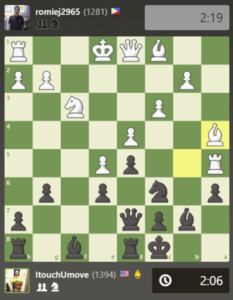 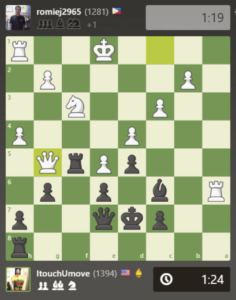 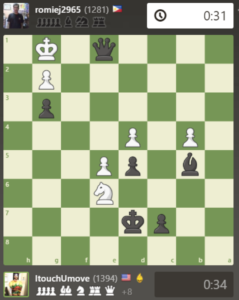 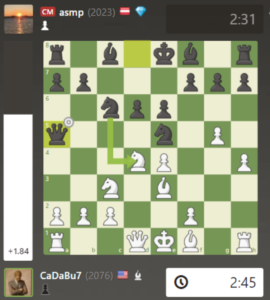 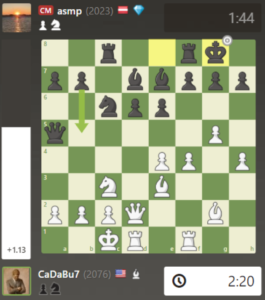 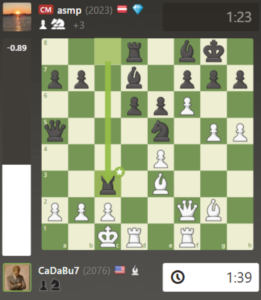 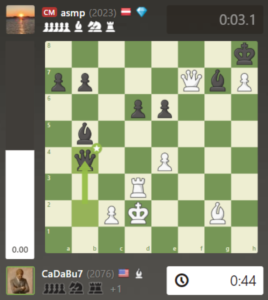